A Narcissist, a wounded love addict. THE JOKER & HARLEY QUINN: A Therapist’s view….Emotionally wounded and broken Harley  Quinn is vulnerable and desperate and is wide open to be swayed by any charm or what appears to be intense feelings of love since she longs for that. And the joker is a twisted, sadistic, manipulative, narcissist/ sociopath who can prey on the weak and then mold them into what he desires. But guess what folks.. that’s not love..But some people think it’s romantic and think that they are a love story. lol if you actually read the comic you will see the truth of it. And guess what, joker is not in love with her, his true love is unattainable…Batman. The epitome of using dark and turning it into the light.. But suffering, still suffering… and joker is attracted to what he cannot turn into a relief of pain. Batman stays in his pain. But still works for the good of humanity. Joker is obsessed with him , Harley is just his possession, ego boost, and  he’s already conquered that. But if he loses her who will he have?  And that’s weak.. true weakness .. it’s possible to see her kind show up in therapy but not stick to it.. but he never will.

The sociopaths, narcissist persons may show up but they’re never going to do the work. If the emotionally wounded broken ever decide to get out of their past patterns and jump out of a hamster wheel they could get help. Or die.. one or the other.. It’s kind of sad that people romanticize this relationship. But it just goes to show how many people out there are coming from an emotionally wounded place. So they can relate to this.. they think it’s normal they think this is what love is. They may never truly know what love really is because this is all they know ..this hamster wheel..this loop that they are in. They will just keep being miserable, or they’ll have some kind of breakthrough and understand that this is not real. I can help you to step off the hamster wheel, click here

I would say there’s hope for Harley but I’m not really sure. She seems to have went to the Darkside and is fully submerged  into it. She may just have to get killed over there LOL. Why did he go through great lengths to save her if he doesn’t really truly love her? Well because she’s his food. Fuel for the narcissist. If he doesn’t have something to feed on then what does he have? In the comic, she eventually stands up to him and leaves him and then had a romance with poison ivy lol. Onto the next toxic relationship!!!  batman had deep pain, watching his parents die. Tried to avenge their deaths… his love is in the pain. Which can be compared to the show Dexter. But that’s a whole different analysis.! Good day folks! click here for help with breaking the pattern of toxic relationships 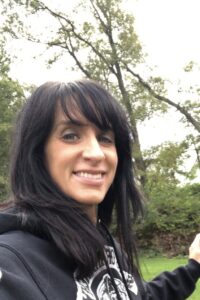